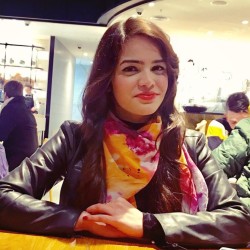 This post aims at comparing two different pieces of hardware that are often used for Deep Learning tasks. The first is a GTX 1080 Ti GPU, a gaming device. The second is a Tesla P100 GPU, a high-end device devised for data centers which provides high-performance computing for Deep Learning.

The hardware specifications of both the devices are:

Tesla P100 has more memory than GTX 1080 Ti. Also, high-bandwidth HBM2 memory is significantly faster than GDDR5X. The direct CPU-to-GPU NVLink connectivity on P100 enables 5X faster transfers than standard PCI-E. However, the cost of P100 is almost 15X more than the 1080 Ti.

We have used the following components for the software:

The Cars Overhead with Context (COWC) dataset is a large, high quality set of annotated cars from overhead imagery. The data consists of ~33,000 unique cars from six different image locales: Toronto Canada, Selwyn New Zealand, Potsdam and Vaihingen Germany, Columbus and Utah United States. The dataset is described in detail by Mundhenk et al, 2016. The Columbus and Vaihingen datasets are in grayscale. The remaining datasets are 3-band RGB images. Data is collected via aerial platforms, but at a view angle such that it resembles satellite imagery.

We chose this dataset as we were already working with it for a project ‘Counting the number of cars in satellite imagery using Deep Learning’. Datasets like MNIST do not aid much in the evaluation of the hardware configurations, since it is a small dataset. Therefore, it is much desirable to use larger and more complex datasets.

The Inception v4 model is known to perform very well on the ImageNet challenge. It has 95.2% Top-5 accuracy. However, it did not perform well on our classes of interest. So we fine-tuned this model to adapt for our classes (this approach is also called ‘Transfer Learning’) and named it as ‘Pondception’.

In order to compare the performance of both the hardware architectures, we used four benchmarks:

We can see that the GPU’s are significantly faster than the CPU, with about 4X speedup. Regarding the comparison between both the GPU’s, the P100 outperforms the 1080 Ti, though there is only 1.3X speedup, i.e. the time taken for training is reduced by approximately 20%. If we visualize the plot for validation loss in the model for both the GPU’s for 2000 steps, we can see that the validation loss is decreasing more at every subsequent checkpoint in the case of P100. It might have decreased more and converged earlier in case of P100, had we trained for more number of steps.

Following is the plot for the temperature of 1080 Ti and P100 during training of the model: Compared to the CPUs, GPUs provide huge performance speedups during deep learning training. The ResNet-50 model is trained with a batch size of 64.

Training on double GPUs enhanced the performance significantly, be it P100 or 1080 Ti. However, the P100 was not much faster than the 1080 Ti (with double GPUs). There was only slight improvement.

GPU memory will never be too much for large-scale deep learning training. Sometimes the memory will be a bottleneck for training efficiency. Larger mini-batches are more efficient to compute and lead to better convergence in fewer epochs , but at the same time they also require more GPU memory. P100 has 5GB more memory than 1080 Ti, which enables larger batch size in deep learning. For example, if we use a batch size of 64, the 1080 Ti will run out of memory, however the P100 will still work.

One possible approach to avoid this is by applying half-precision computing because storing FP16 data compared to the higher FP32 or FP64 reduces memory usage, which enables us to use larger batch size or train larger networks. For example, if we use FP16 with a batch size of 64 on ResNet-50 model in 1080 Ti, then the out-of-memory problem will be solved.

We compared two different GPUs by running a couple of Deep Learning benchmarks. These devices are GeForce GTX 1080 and Tesla P100.

After looking at the results, we can argue that the P100 is probably not worth the cost (which is 15X more than the 1080 Ti), while the performance is generally around 15% better.

However, as already discussed in previous section, the larger memory size of P100 would enable to either work with larger networks or with larger batches. Larger batches could lead to better convergence of the gradient descent process, enabling us to train a successful model in a smaller number of epochs. Moreover, P100 might last longer given that it is a high-end device specially devised for datacenters and runs on a lower temperature and is much cooler as compared to the 1080 Ti.